Yes, nutritional yeast is a thing!

It’s wildly popular in the vegan world because it can create savory, umami undertones in plant-based recipes.

But first let’s start with a yeast you’re probably already familiar with — here’s a traditional yeast used in baking: 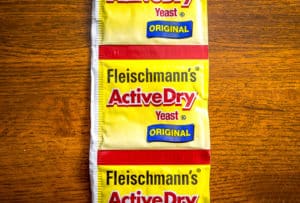 The cells in baking yeast will ferment sugars and release carbon dioxide.  This causes the dough to expand and will make for some lighter, fluffier bread products.  Hello pizza dough!

But it’s also possible to deactivate these friendly yeast cells so that they no longer interact with the surrounding sugars and starches.

Producers will culture yeast and then use heat to deactivate the yeast cells.  You’re left with a batch of yeast that has zero fermentative ambitions, but now has a unique, appealing flavor. 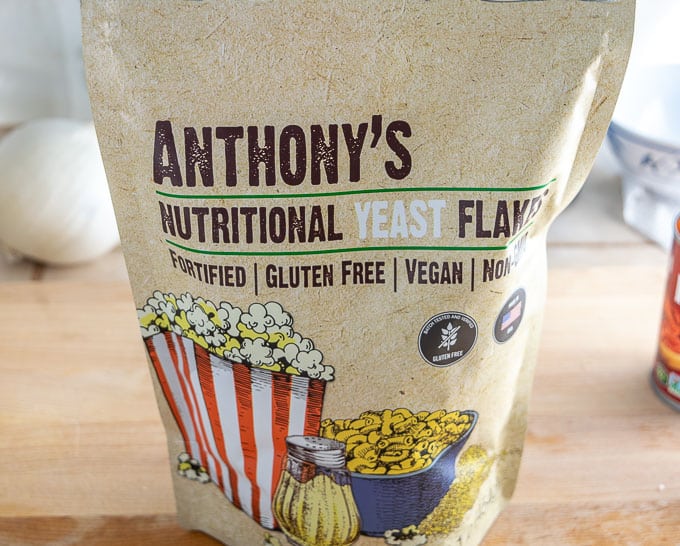 Look…just because I don’t ferment anymore doesn’t mean I’m worthless, I still got me some flavor!

And yes, that’s popcorn on the bag because it has a cheesy flavor that works well on popcorn for some peeps 🙂 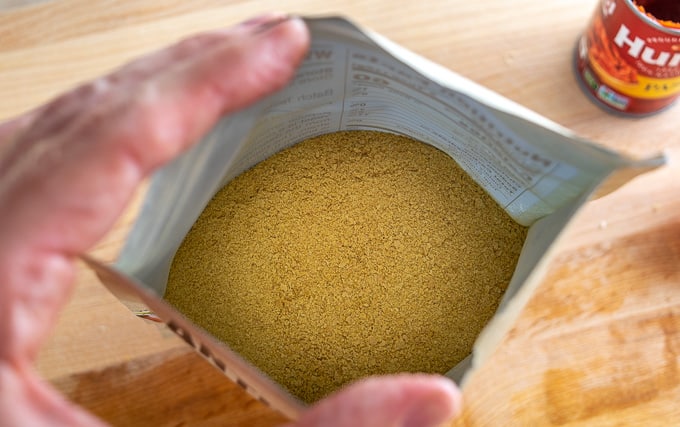 So what’s the best way to describe it?

Cheesy, maybe a little nutty, and rich in that elusive umami flavor– making it a great way to add some savoriness to vegetarian dishes.

For example, I use it in this Better Vegetable Stock. 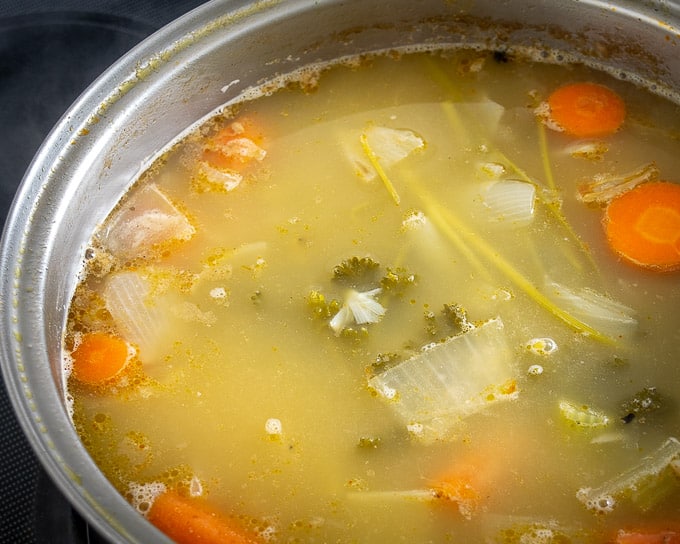 Homemade stock usually relies on meat and bones to create a richness and depth of flavor.  But when making vegetable stock it can be hard to create that depth.

I typically use this list as a starting point for a gallon of veggie stock: 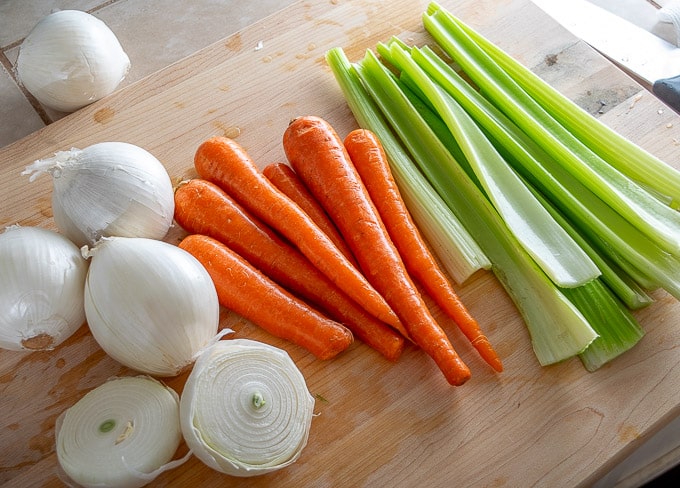 And this simple ingredient list will make a veggie stock that is far superior to store-bought stock.

But if you add in some umami and savoriness from something like nutritional yeast: 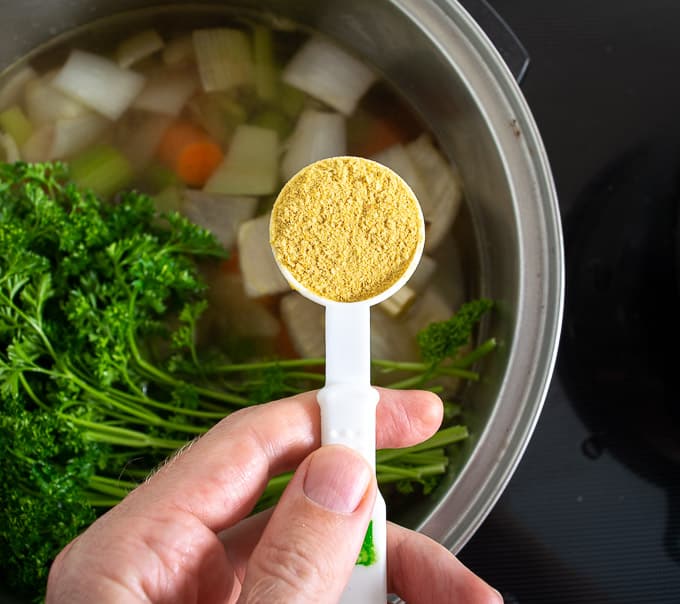 Then you get a massive upgrade and your veggie stock can suddenly compete with the savory flavor of meat stocks.  Awesome!

I currently use 3 tablespoons of nutritional yeast in my Better Vegetable Stock.  This makes about a gallon of real deal vegetable stock — if you want to try it you can find the recipe here. 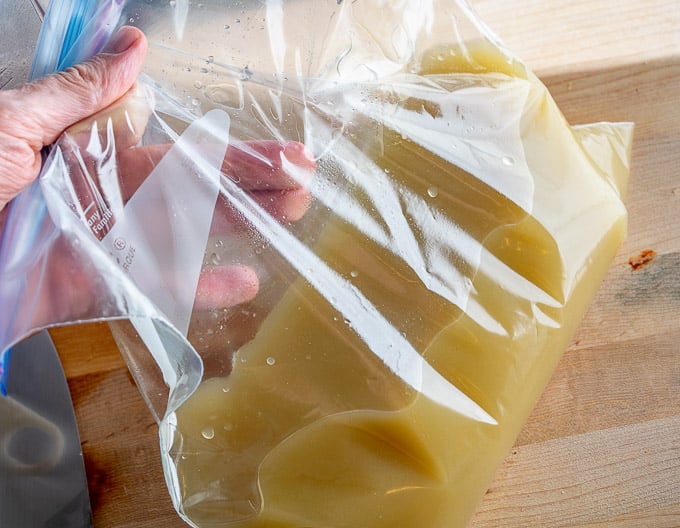 And having such a rich stock will simplify your cooking because you’re starting with such an effective base.

Use this stock in a simple Mexican Bean Soup and you’ll be thrilled with the results. 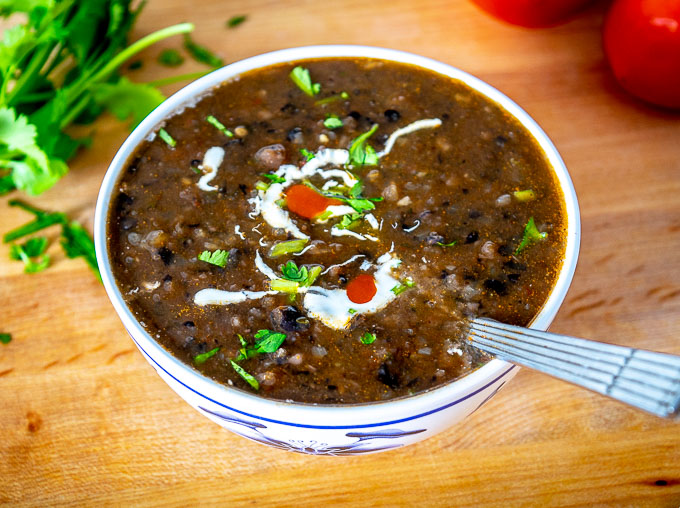 You can find nutritional yeast in most markets these days, and if you get tired of hunting it down then it is widely available on Amazon.

Okay, I hope this solves nutritional yeast for you!  It’s such a unique ingredient and I was thrilled when I found out how much it can improve homemade veggie stock — I hope your palate agrees!

How to make the veggie stock shown above.